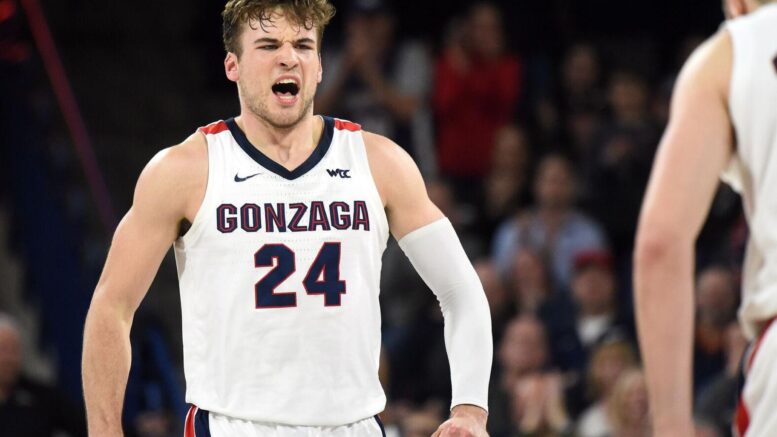 The Wizards are a difficult team to get a firm read on. As the 2021 NBA Draft approaches, that’s especially true.

On one hand, Washington is coming off a sub-.500 record and a first-round playoff exit. It makes sense to build for the future. On the other, Bradley Beal and Russell Westbrook are win-now stars. They’re ready to compete. That poses a serious challenge to Tommy Sheppard and his staff for later this month.

The upcoming draft has a ton of talent, ranging from high-ceiling and low-floor prospects to those who can contribute to winning basketball immediately. There are scoring guards, traditional floor generals, jack-of-all-trades wings and even bigs who specialize in different aspects of the game. Whatever the organization is looking for, it should have options.

With that said, who should the pick be? Is a developmental piece worth it, or should the team be in search of a more finished product? It’s hard to predict that, but here are three potential targets for the Wizards at pick No. 15.

Kispert is one of the draft’s premier shooters, canning 44% of his threes last season on 6.5 attempts per game. This combination of volume and efficiency is rare in a prospect, and he’d be an immediate plug-and-play option in Washington’s rotation. Kispert is a consistent marksman who draws uber-aggressive closeouts and is capable of keeping the ball moving on offense. He makes a ton of sense for virtually any NBA team.

Shooting isn’t the only thing Kispert offers, though. He’s an intelligent team defender with a high motor as well. His rotations and fundamentals are sound and he holds his own at 6-foot-7, 220 pounds. Kispert doesn’t have the highest overall ceiling but if the Wizards are interested in a player that can make an instant impact, he’d be a great fit. The only question here is whether he’ll still be on the board at pick 15.

Williams’ raw stats — 10.7 points per game on 37.4% shooting from the field and 29.1% from deep — are worrisome, but he shows flashes of being a stud at the NBA level. He’s great with the ball in his hands, possessing a smooth handle and the ability to create his own looks from just about anywhere on the court. If he can execute at the NBA level, especially with his length, he will be a problem.

On defense, Williams has plus anticipation, is a good athlete and plays the passing lanes well. He needs to bulk up (he weighs just under 190 pounds), and that could determine his long-term projection on that end. At the end of the day, in Williams, Washington would be getting a small forward with the potential to become an offensive centerpiece and defensive stopper. Players of the Paul George mold don’t grow on trees and he has a lot of work to do in order to reach that level, but Williams’ potential cannot be understated.

Moody often gets lumped into the same conversation as Kispert and has been a common mock draft pick for the Wizards. He’s got great length for a wing (plus-six wingspan) and moves well on defense. His IQ is extremely high, and he combines his instincts and frame to pose a threat as an ideal modern stopper and team defender. It’s on offense, though, where things get interesting.

Moody shot 35.8% from deep last season, and he may still have room to improve. He’s comfortable coming off of screens and possesses immense catch-and-shoot potential, but he also flashes a midrange jumper that he goes to against hard closeouts. Moody is also a better passer than he’s given credit for and may have a future as a secondary creator if he reaches his ultimate ceiling. Not only would he help the Wizards now, but he should have a very successful NBA career as a reliable player.

Be the first to comment on "Wizards Draft: Three Ideal Prospects to Target at No. 15"