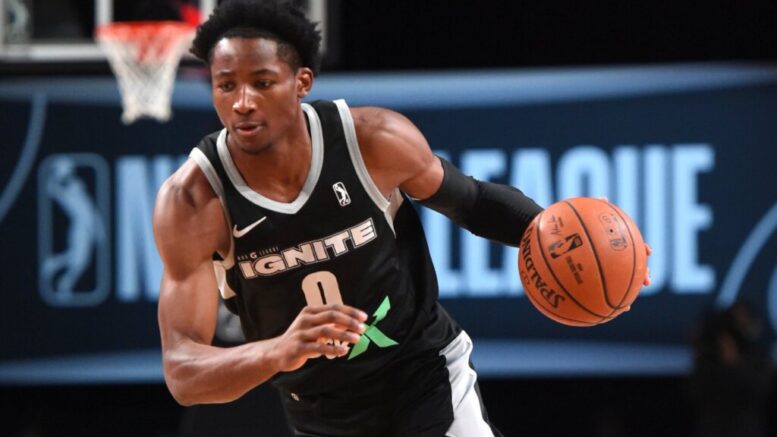 To say the 2021 NBA Draft is a fairly important one for the Magic would be an understatement. After an injury-riddled campaign that saw the team post a 21-51 record and part ways with head coach Steve Clifford, the organization needs direction. Orlando is hoping that the newly-hired Jamahl Mosley will provide that. It all starts with a strong draft class, though.

This year, the Magic hold picks No. 5 and No. 8 in the first round. With a pair of top-10 selections, they can do some damage if the chips fall in their favor. This draft is chock full of intriguing young prospects, ranging from 3-and-D wings to guards or bigs that specialize in everything under the sun. Options will be plentiful.

Orlando has a trio of talented young guards in Markelle Fultz, R.J. Hampton and Cole Anthony, so it remains to be seen if drafting another one is the best course of action. Jonathan Isaac‘s return from a torn ACL helps, although an injection of talent at either forward spot would make sense. Without further ado, here are some good fits for the Magic at picks five and eight.

Options for Magic at No. 5

Kuminga possesses a sky-high ceiling, but his shooting numbers with the Ignite squad were very poor. He shot 38.7% from the field and 24.6% from deep despite attempting five threes per game. His offensive game is a work-in-progress. Throughout the season, Kuminga’s handle looked more and more improved, as did his reads in the pick-and-roll.

He has little problem getting to his spots and has the frame, athleticism and potential to be a great forward in due time. Kuminga could possibly provide the Magic with a legitimate franchise cornerstone. He’s very raw but considering where the organization is at, it can afford to take a risk on such a high-upside player.

There aren’t many more successful nor versatile defenders in this draft than Scottie Barnes. The power forward has a 7’2″ wingspan and pairs it with great instincts and anticipation. He can step out and handle switches onto guards with relative ease, and he also holds his own well in the post. His instant impact and upside on the defensive end should both be fantastic.

Barnes gets compared to Draymond Green, and the parallels between them can certainly be drawn. The Florida State standout routinely looks to set his teammates up, navigates the floor well in transition and could thrive in dribble hand-offs at the next level. His ability to fill a Green-esque role may not mean a lot for his individual offense but for a team like Orlando, he could make those around him better.

Options for Magic at No. 8

Moody often gets lumped into the same conversation as prospects like Corey Kispert and has been a common mock draft pick for the Magic. He’s got great length for a wing (plus-six wingspan) and moves well on defense. His IQ is extremely high, and he combines his instincts and frame to pose a threat as an ideal modern stopper and team defender. It’s on offense, though, where things get interesting.

Moody shot 35.8% from deep last season, and he may still have room to improve. He’s comfortable coming off of screens and possesses immense catch-and-shoot potential, but he also flashes a midrange jumper that he goes to against hard closeouts. Moody is also a better passer than he’s given credit for and may have a future as a secondary creator if he reaches his ultimate ceiling. Not only would he help the Magic now, but he should have a very successful NBA career as a reliable player without stepping on the toes of the team’s dynamic scoring guards.

Considering how young he is (turning 19 in October), Giddey is one of the more intriguing players in this draft. He sees the court exceptionally well from his 6’8″ frame and has a good handle to boot. Giddey can make every pass and is a very good rebounder — he figures to be a great grab-and-go threat in the NBA. His ability to set the table for his teammates and process at such a fast speed makes him one of the premier wing-point guard hybrids in this year’s class. Giddey’s maturity and feel for the game are rare.

Two question marks for Giddey are shooting and defense. He’s been retooling his jumper and improved throughout Adelaide’s season, but it remains to be seen how those tweaks will translate to the NBA after shooting 30.9% from deep. Giddey’s lack of elite athleticism will limit him in one-on-one matchhups, but he plays with active hands and his IQ comes to his aid as a team defender. Overall, he would be a great change of pace from score-first guards like Fultz, Hampton and Anthony. His potential to be a stabilizer is worth investing in.