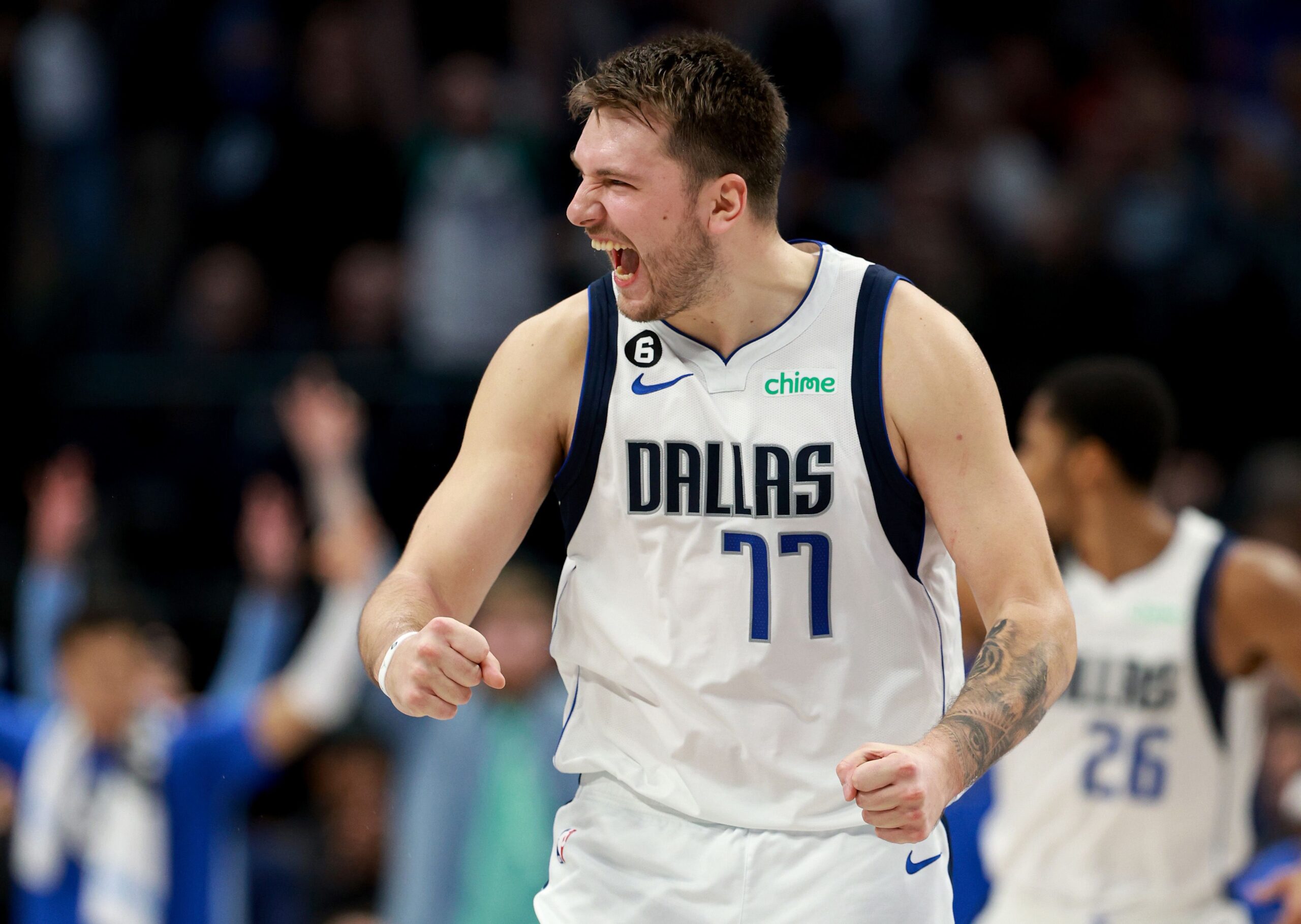 Since arriving in the NBA in 2018, Luka Doncic has been a consistently high performer and is considered one of the best young talents in the game.

He’s led the Dallas Mavericks to the playoffs in each of the past three seasons and will likely to do so again in the 2022-23 campaign, though the started the season in an up-and-down fashion. Jason Kidd’s club was among the favorites when the campaign got underway but until their recent win over the Warriors, the Mavericks haven’t really shown that championship ceiling.

While Doncic is among the best in the game, he is always full of praise for his fellow NBA superstars, including Giannis Antetokounmpo.

“It’s hard to go against a guy like that, he’s the best player in the NBA right now. He’s almost impossible to stop. It’s really fun to see him play, but it’s not that fun to go against him…”

“He improves every day. He works really hard; you can see it…He works on everything. He works on his shot, and he’s gotten better at a lot of things. He just gets better every day.” Doncic added.

The Bucks star was pleased to get such glowing praise from a fellow young talent, responding to the Slovenian’s comments by saying “No matter wins or losses, just being respected by your peers, it’s always a good feeling.”

“I always love playing against the best players in the league. He [Luka] is an incredible player, incredible talent, arguably one of the most talented players I’ve ever seen in my lifetime. It’s unbelievable what he can do for himself and his team.”

The two players both made the same route to the NBA via the European leagues, and both have taken to life in the league with aplomb. Antetokounmpo played a key role in leading the Bucks to their first NBA title in 50 years in 2021 and is a two-time NBA MVP, while Doncic is a three-time NBA All-Star pick that is still chasing that first NBA Championship ring.

Doncic has been the top scorer for the American Airlines Center franchise in 15-of-19 Mavericks games this season and is a player that Kidd can not do without.

The Mavericks currently sit in third place in the Southwest Division, two games off behind the New Orleans Pelicans and the Memphis Grizzlies (tied for first). They are down to No. 9 in the Western Conference overall, so there is work to be done. Yet, despite the up-and-down first quarter of the season, many would still back Dallas to be in the playoff mix.

Luka Doncic and the Dallas Mavericks were able to squeak out a win against the defending champs the Golden State Warriors on Tuesday night. The Mavs were led by Doncic as he recorded his third 40-point triple-double this season.

I remember a few years ago when Harden was doing this he was called a loser because he’s never made the finals. Now Luka is worshiped for carrying his team to be 10-10.

“I mean, let’s see something different. Maybe do it with his left hand. I’m just joking.

“Look, he’s one of the best in the world, and that’s what he does. Some of us can take him for granted. The man is special.”

Doncic added, “I just participated, giving everything I got.”

Mavs play again on Thursday night against the Detroit Pistons.

What to Read Next

Christmas Day 2022 is full of fantastic NBA games, including Lakers-Mavericks where LeBron James and Luka Doncic are set to...

Bojan Bogdanovic is among the players on the Pistons who are likely to be available leading up to the 2023...

Let’s take a look at some trade candidates and some noteworthy trends in season-long ESPN points leagues as well as some...