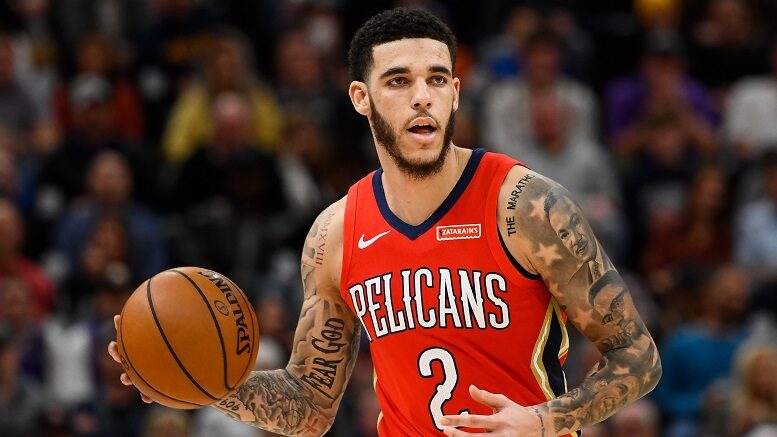 Pelicans point guard Lonzo Ball brings the ball up during a game against the Jazz. - Getty images

The Bulls, Pelicans and Hornets have discussed a three-team deal that would land Lonzo Ball in Chicago, according to Kristian Winfield of the New York Daily News.

Lauri Markkanen would head to Charlotte (via sign-and-trade) and Devonte Graham would head to New Orleans in the proposed framework. Other specifics aren’t known at this time.

The Bulls have been linked to Ball, a restricted free agent to be, for some time now, as Chicago is looking for a bonafide playmaker to slide in next to Zach LaVine.

Markkanen would provide an excellent floor-spacing big next to LaMelo Ball down in Charlotte, as Markkanen can feast on wide-open looks created by the gifted playmaker.

Graham would be a nice get for the Pelicans, providing a nice scoring boost for them at the guard position.

Be the first to comment on "Lonzo Ball Headed to Bulls in Three-Team Deal?"