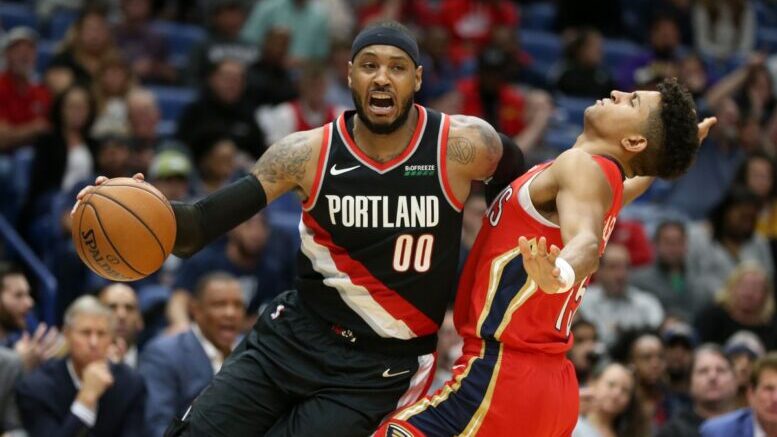 Trail Blazers forward Carmelo Anthony drives to the basket during a game against the Pelicans.

The Los Angeles Lakers have kept their foot on the gas this offseason with hopes of reshaping their roster around LeBron James and Anthony Davis. It’s safe to say that they have done that after acquiring Russell Westbrook in a blockbuster trade and signing several former Lakers in Kent Bazemore, Dwight Howard, and Trevor Ariza.

Now the team continues to add depth this time with the addition of Carmelo Anthony and Malik Monk.

There’s no question that the Lakers have gotten better this offseason as this team was in need of shooters and they have gone out and found a group of players that can complement James, Davis, or Westbrook no matter who is on the floor. Here’s a closer look at how good this Lakers team can be down the stretch…