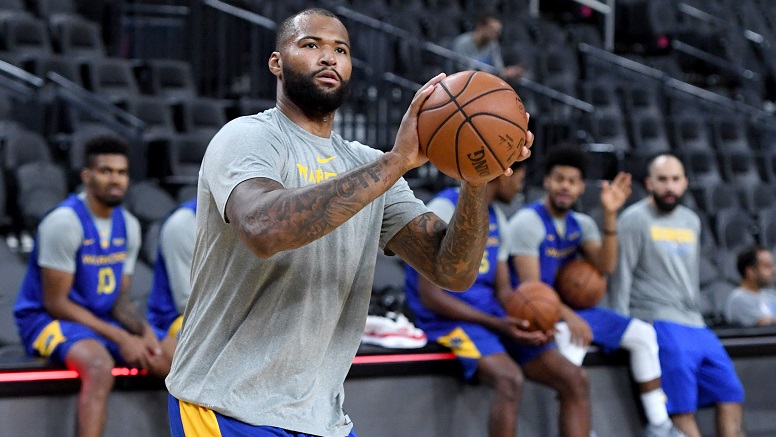 Former Warriors center DeMarcus Cousins warms up prior to a game against the Lakers.

DeMarcus Cousins and the Rockets have agreed to part ways but the big man will still play for the franchise for the time being. Houston is exploring trades for Cousins and the Lakers are expected to be among the teams pursuing the former No. 5 overall pick, Kevin O’Connor of The Ringer hears.

O’Connor cautions that the market for Cousins will be limited. Still, teams in need of a center may not find an option with higher upside for the potential asking price (I can’t envision Houston getting that much in return for Cousins, who will be a free agent at the end of the season).

The Lakers brought in Marc Gasol and Montrezl Harrell during free agency, so Cousins being linked to Los Angeles is surprising in one sense. However, Cousins was on the team last season before he got hurt and perhaps bringing him back would foreshadow another move, like trading one of the franchise’s newly signed veteran bigs. One source close to the situation tells Heavy.com’s Brandon ‘Scoop B’ Robinson that Cousins returning to the Lakers “makes too much sense.”

The Lakers are also interested in trading for P.J. Tucker, Adrian Wojnarowski said on NBA Countdown on Saturday night.

Be the first to comment on "Lakers linked to DeMarcus Cousin, P.J. Tucker"