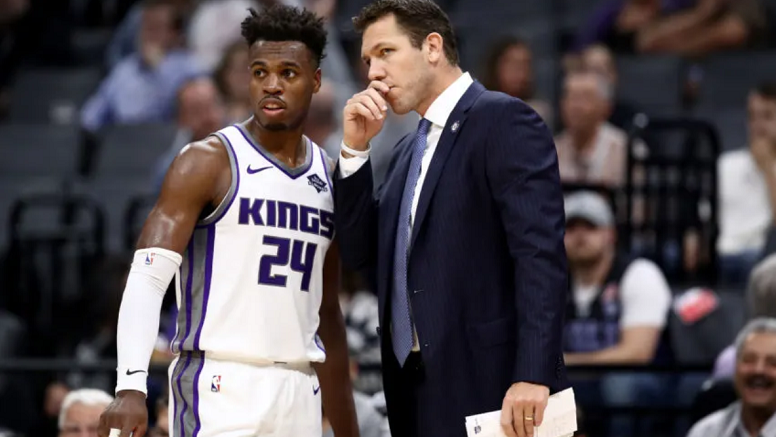 The Lakers are no stranger to be involved in trade rumors year in and year out. Quite frankly that may have to do with LeBron James. The future hall of famer sure has a reputation that winning follows him where ever he goes, but so do the trade rumors with the team he’s on.

It’s no surprise that the Lakers are looking for ways to improve the supporting cast around James and Anthony Davis, especially after this past season’s abysmal playoff performance that saw the 2020 NBA champs exit in the first round of the postseason to the Phoenix Suns.

Buddy Hield fits the bill. The two teams have discussed a trade that would send Hield to Los Angeles and in return, Sacramento would get Kyle Kuzma. If that were the case then Kuzma will reunite with his first NBA head coach in Luke Walton. Kuzma averaged 32.1 minutes, scoring 17.4 points, and shooting 45.3% from the field. All of those numbers have dropped since Frank Vogel took over and Anthony Davis came into the picture.

As for the Lakers, Hield has seen a decline in his stats since the arrival of coach Walton, but through five seasons in Sacramento, he has averaged 16.0 points, shooting 43.5% from the field. The change of scenery could be good for both Hield and Kuzma as the Lakers have been in need of a more consistent shooter and the Kings are putting together a group of players that may compliment how ball-dominant De’Aaron Fox is.

Be the first to comment on "Kings, Lakers Discussing Buddy Hield Trade"