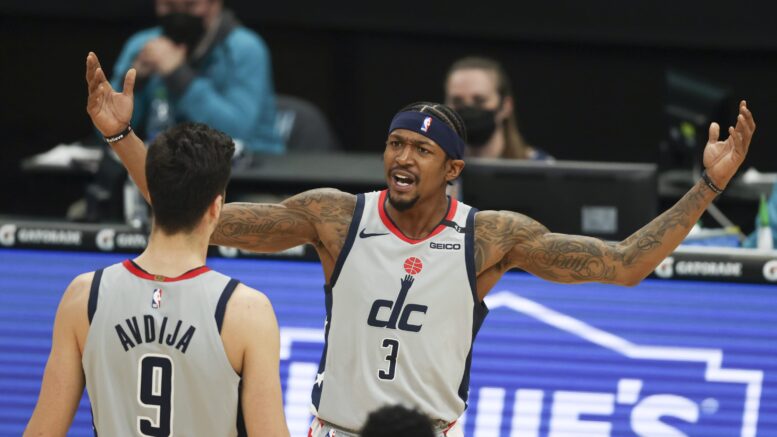 Bradley Beal and Deni Avdija having a lovely chat on the court for the Wizards (photo via USA Today Sports Images).

Washington hosts the Heat on Saturday following the team’s loss to Jimmy Butler’s club in Miami.

Entering this weekend’s contest, the Wizards sit fourth in the East at 10-5 while Miami is 0.5 games back of the Nets for the lead in the conference at 11-5.

Keys to Defeating the Wizards

Miami’s defense was able to limit the Wizards’ offense in Thursday’s matchup.

“Look, Washington has really established a way of playing,” Miami coach Erik Spoelstra said on Thursday. “They’re a very good defensive team. You have to really be intentional with your offense, you have to do things with pace, your spacing has to be right on and you have to share the ball.”

While Washington was short-handed in that matchup, the team can still make adjustments. However, coach Wes Unseld Jr. indicated that the club is unlikely to make “wholesale” changes based off of one loss.

Be the first to comment on "Heat-Wizards: Betting Odds Point Toward Low Scoring Affair as Wizards Looks to Bounce Back"