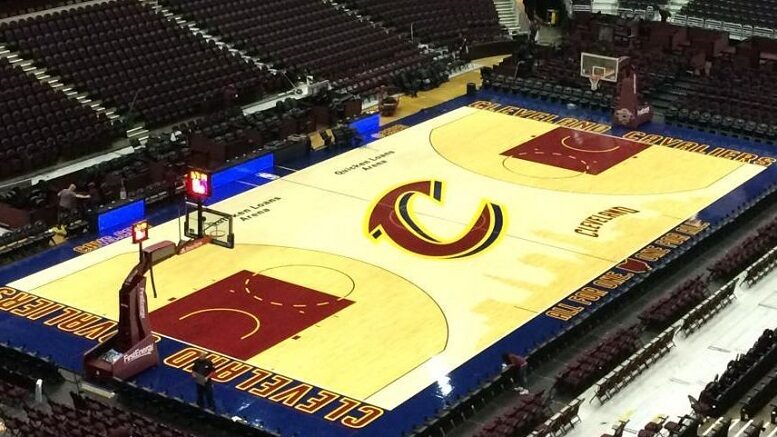 A general view of the Cavaliers court at Rocket Mortgage FieldHouse.

The Cleveland Cavaliers have again met with state officials to request an increase in attendance at Rocket Mortgage FieldHouse. as relayed by Chris Fedor of Cleveland.com.

There is no time frame on a decision on the Cavs’ request, a state official told FortyEightMinutes on Thursday.

The Cavs are currently allowing around 2,000 fans for home games, approved by the Ohio Department of Health last month. They are seeking to allow 4,596 people, or “23.65% of the arena’s typical 19,432-person maximum,” after having met with state officials via Zoom on Wednesday, Fedor wrote.

Along with the Cavs, eight other franchises have been given the green light to allow limited attendance. The Atlanta Hawks became the latest, opening State Farm Arena to 10 percent capacity Tuesday. Cleveland is also at 10 percent.

The Cavs (9-9) are on the road for their next two games, at New York on Friday and at Minnesota on Sunday. They return home Monday to face the Timberwolves for the second time in two nights.

RELATED | Dribbles: Cavs prove they can take care of business as they grow