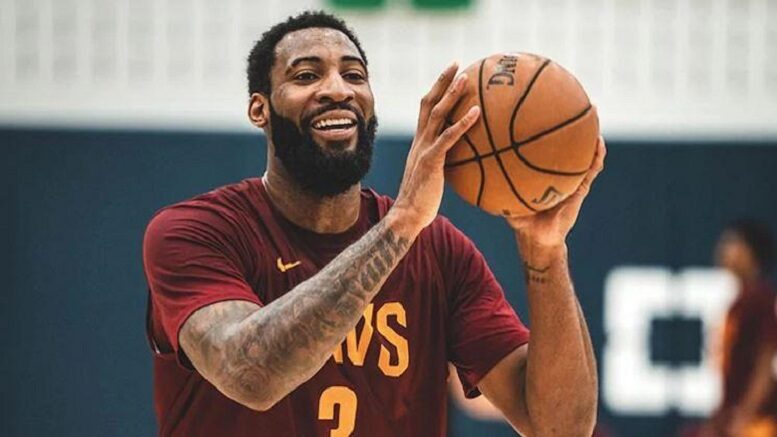 Cavaliers center Andre Drummond laughs as he lines up a shot at practice last season.

Questions about Andre Drummond’s attitude with the Cleveland Cavaliers may be serving as a deterrent in their attempts to trade him ahead of Thursday’s deadline, according to a report from The Athletic.

The Cavs have been holding out Drummond as they attempt to find a deal — though it seems most rival teams are waiting for the sides to agree to a buyout.

“What most teams would have to throw in to satisfy the salary requirements of a swap (he makes nearly $29 million) is definitely a huge hurdle for the Cavs to clear, and there are some reputational issues to consider,” The Athletic wrote.

That led to multiple conversations between Drummond and Cavs coach J.B. Bickerstaff, and ultimately, Drummond’s benching.

“Before the Cavs decided to bench Drummond until they could trade him, they asked him multiple times to accept playing fewer minutes, with Jarrett Allen on the roster, and even asked him to come off the bench,” The Athletic reported. “He refused, and there are teams that otherwise would be interested in considering a trade for him that are aware of such issues.”

The Dallas Mavericks, Los Angeles Lakers, Chicago Bulls, New York Knicks and Washington Wizards are just some of the teams that have been linked to Drummond.

The Athletic went on to report that “Drummond’s attitude is not a deal-breaker,” but could give potential trade partners reason to pause.