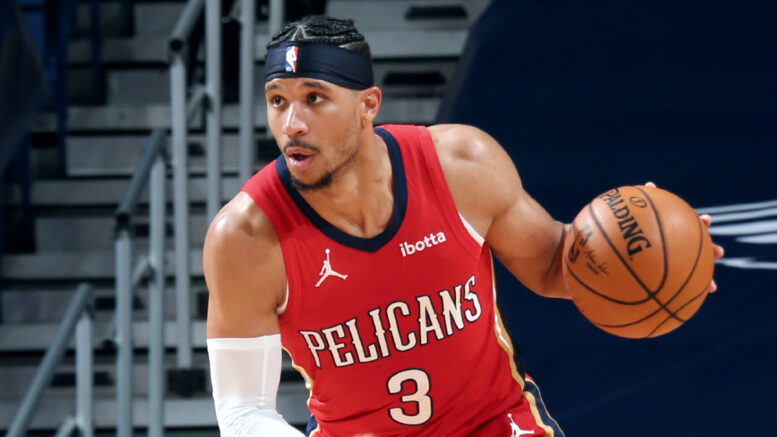 The Cavaliers and Pelicans have discussed a sign-and-trade deal that would bring Josh Hart to Cleveland, Chris Fedor of Cleveland.com hears (Twitter link).

The Cavs don’t have much salary flexibility this offseason, though they have the mid-level exception at their disposal. Given that the sides are talking about a sign-and-trade, it sounds like Cleveland expects that it’ll take more than the MLE (starting salary of $9.5 million) to bring Hart to town.

Hart spent the past two seasons in New Orleans after arriving there via the Anthony Davis trade. The 26-year-old wing scored 9.2 points and brought in 8.0 rebounds in 28.7 minutes per game last season.

The Cavaliers are among the teams with interest in Danny Green, per ESPN’s Jordan Schultz, though it’s unclear what their chances of landing the veteran are.

It was recently reported that the Sixers have had contact with Green but we not getting close to a deal with the 34-year-old. The Lakers, Bulls, Celtics, Pelicans, and Bucks also have interest in Green.

Be the first to comment on "Cavaliers Rumors: Josh Hart Among Wings on Cleveland’s Radar"