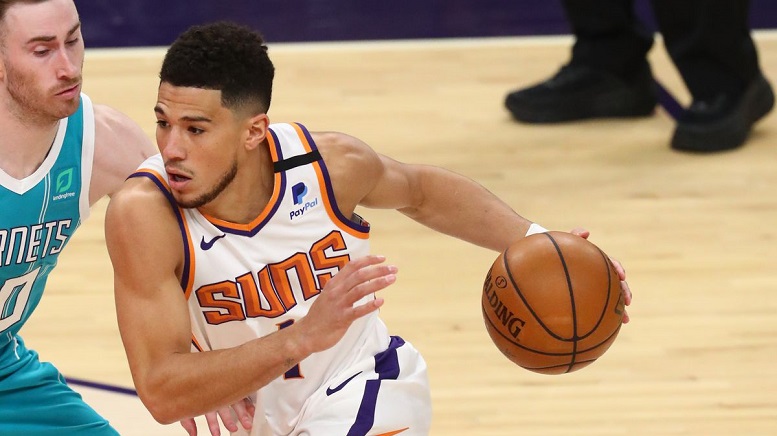 Team USA had been without Devin Booker, Khris Middleton, and Jrue Holiday with the Suns and Bucks battling in the NBA Finals. However, with that concluding, the trio made their way to Tokyo, and according to Brian Windhorst of ESPN.com the players are expected to be available for Team USA on Sunday vs. France.

Coach Gregg Popovich alluded to the three players getting some action when speaking with FortyEightMinutes.com earlier this week.

Devin Booker, Khris Middleton, and Jrue Holiday are in Tokyo and expected to be available against France on Sunday.

Coach Pop mentioned that how much the trio plays could be dictated by the game flow when I asked him about it earlier this week. @FortyEightMins || #TeamUSA pic.twitter.com/Yo9ZBRb3Mk

“Something like that is pretty unique,” Popovich explained. “There’s no paradigm or game plan or rulebook for something like that. It’s something we’ll discuss for the rest of the week and just do what we think is best, probably make some changes and see what’s going on in the game and that’ll dictate how much or how little we want to use them.”

When asked whether he was expecting Booker, Middleton, and Holiday to study some sort of game plan ahead of Team USA’s matchup, Popovich indicated that he wasn’t worried about any of that.

“No, they’re going are going to sleep,” Pop said of what the trio will do on the plane ride to the Olympic Village.

Be the first to comment on "NBA Finals Trio Arrive at Olympics, Expected to Play for Team USA vs. France"