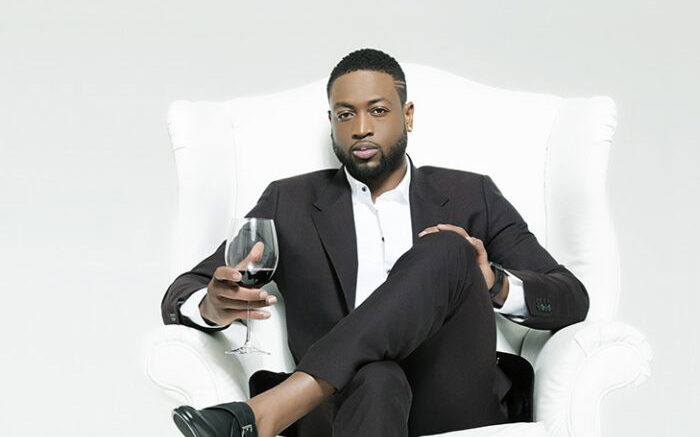 We all know Dwyane Wade as an iconic figure in NBA history. He had a great NBA playing career and is a for sure Hall Of Famer. Although, even with his success as a player, Wade was never satisfied; He has always longed to do more outside of the court.

You all see it from his work on TNT, his Philanthropic efforts, and his latest venture called D Wade Cellars. There has been a movement of NBA players and athletes in general who have become wine enthusiasts. Wade became such an avid wine taster/drinker that he wanted to start his own brand. He took the steps and partnered with the right team and now, D Wade Cellars is a reality.

Yes. Way. Rosé. The 2020 Three by Wade Rosé is finally here! Melon rind and bright raspberry fruit dominate the aromatics, leading into a crushable and fresh wine that carries energy for days.

Wade’s love of wine was fueled from experiencing it with his former teammates and longtime friends LeBron James and Chris Bosh. James has been especially vocal via Social Media about his love for wine. Wade said (via Clubhouse) that he did not start drinking wine until the age of 27-years-old and that he mostly wasn’t a big drinker due to alcoholism running in his family. As a world-class athlete, he began to enjoy wine in moderation. This sparked a love for wine in Dwyane and he took things to the next level by beginning to build his own wine brand.

Admit it. The 2020 Three by Wade Rosé lives in your head rent-free.

Wade partnered with his good friend Jason Phalmeyer, leaning on him for direction as he got into this business. Phalmeyer has been in the wine game/business in Napa Valley for over 30 years. This made perfect business sense for Wade, who wants to enjoy as much success in the industry as he did as an NBA player.

This piece originally appeared ParksSportsandRecreation and is syndicated with permission.