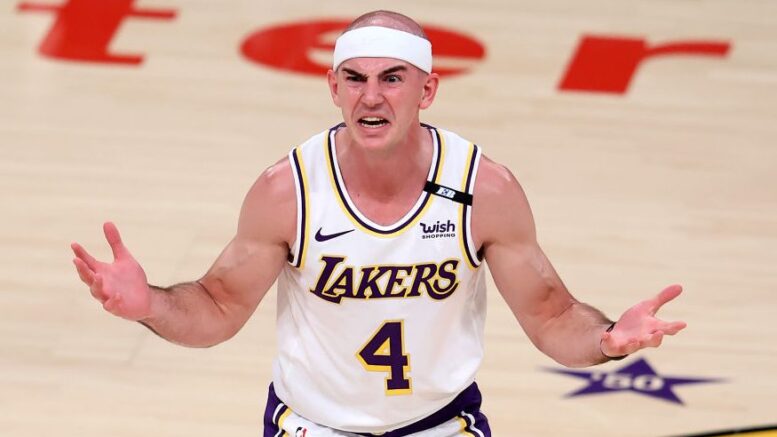 WASHINGTON DC — Rumors about Spencer Dinwiddie joining the Wizards continue to swirl but acquiring him won’t be easy.

The Wizards are operating over the salary cap as free agency begins, which means if they are going to offer Dinwiddie something over the mid-level exception, it’ll have to be via sign-and-trade and Brooklyn will have to take some salary back. The Nets are reportedly hesitant to do so, requiring Washington to send back an asset in order to take on Kyle Kuzma or Montrezl Harrell.

Brooklyn might be willing to help facilitate a deal if the Wizards are able to take back DeAndre Jordan‘s contract ($9.88 million this season and next), according to The Athletic’s John Hollinger, who cautions that he’s heard conflicting information from different sources. It’s possible that the Nets and Wizards may have to find a third team to get involved in order to make the deal occur.

Be the first to comment on "Wizards Rumors: Dinwiddie, Jordan, Caruso, Beal, Len"