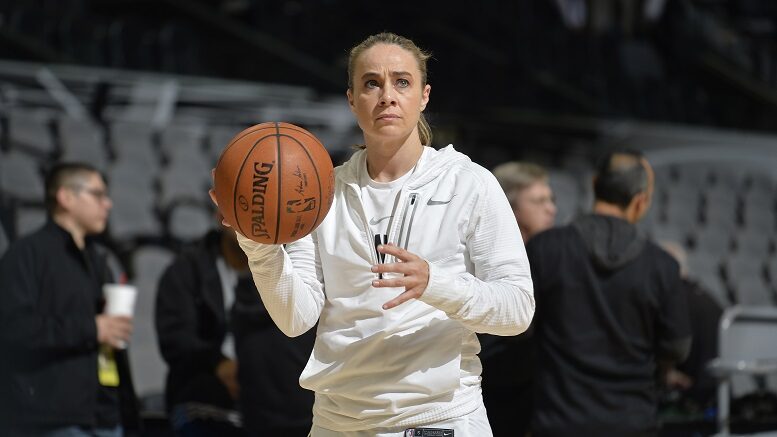 Spurs assistant Becky Hammon looks on prior to a game vs. the Clippers.

Chauncey Billups was recently named the head coach of the Trail Blazers, but Becky Hammon was one of the finalists for the job, as she would’ve been the first female head coach in NBA history.

If you ask Hammon, she was seemingly aware that Billups was the clear favorite for the job no matter how far she got in the interview process.

“I knew I was second; I knew who they wanted,” Hammon said. “And I’m OK with that, because every race I’ve gotten into my entire life, I’ve been behind, and I’m OK with that. And that’s just how it is — but at the same time, I’m not ignorant to what I’m going up against.”

While many people around the game of basketball felt Hammon was deserving of this opportunity, she isn’t resentful of the decision GM Neil Olshey ultimately made.

While Hammon craves the opportunity to become a head coach someday, she’s not ready to jump into any situation that she doesn’t feel would be a good fit for her.

What she is ready for, however, is all the responsibilities it takes to be a successful head coach in the NBA.

“I’m ready to be scrutinized,” Hammon said. “Whether I do it all wrong or do it all right — it is what it is. My job is to show up for the players and be the leader and person that believes in them the most.”