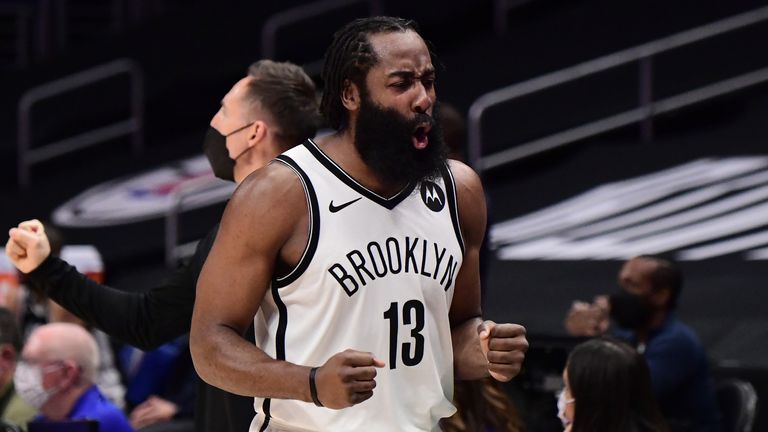 James Harden and the Nets failed to come to an agreement on a contract extension prior to the deadline.

However, Harden reassures Nets fans that he isn’t going anywhere and that his main focus is to win a championship.

“The contract, the money, it’s going to be there,” Harden said. “I don’t plan on leaving this organization and the situation that we have.”

Harden wanted to go to Brooklyn after requesting a trade from the Rockets, and so far, he seems content on where he’s at.

“I love it here,” Harden added. “Myself and [Brooklyn owners] Joe [Tsai] and Clara [Wu Tsai] and [GM] Sean [Marks] and the front office and [alternate governor Oliver Weisberg] and [head coach] Steve [Nash]. From top to bottom the communication has been unbelievable, it’s been amazing. I feel at home. It’s nothing to worry about. For me individually I just want to focus on this year and that’s it.”

Harden can earn up to $62 million more next offseason.