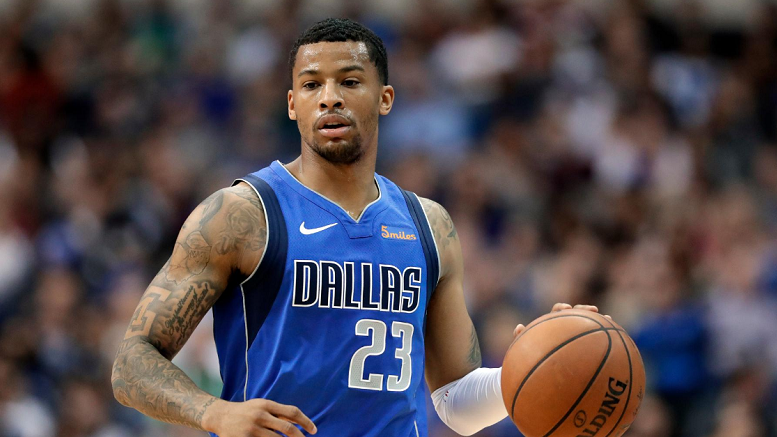 Mavericks guard Trey Burke brings up the ball during a game against the Nuggets.

Burke, 28, is actually on his second stint with the Mavericks, averaging 12.0 points and 3.8 assists in eight regular-season games with the team last season. He scored 31 points in his first game back.

He first arrived in the Kristaps Porzingis trade with the New York Knicks in 2018. Burke then signed with the Philadelphia 76ers, appearing in 25 games, before heading back to Dallas.