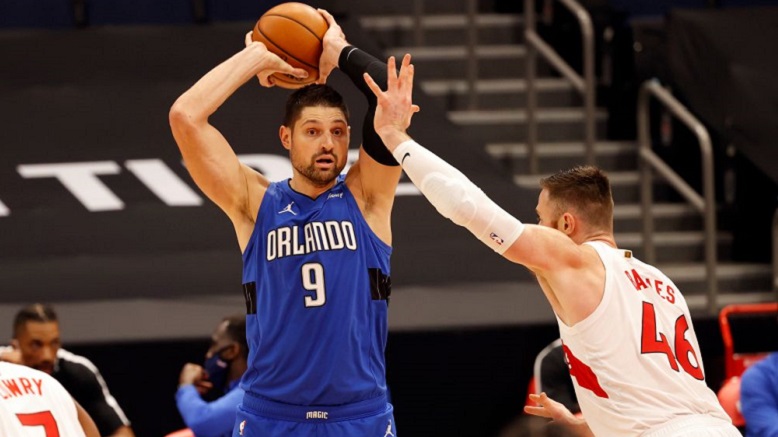 Magic center Nikola Vucevic looks to pass during a game against the Raptors. - USA Today images

The Orlando Magic are trading All-Star center Nikola Vucevic to the Chicago Bulls, according to Adrian Wojnaorwski of ESPN.

The Magic are receiving the Bulls’ first-rounders in 2021 and 2023, per Shams Charania of The Athletic. The first-rounder this year is top-four protected, Charania added — noting that the pick will likely be conveyed this season, as the Bulls are clearly making a full playoff push.

Per Wojnarowski, Karnisovas, Eversley and first-year coach Billy Donovan “wanted to bring on productive, serious-minded veteran player to be a cornerstone for the Bulls.”

Meanwhile, the Magic are obviously headed into rebuild mode under GM John Hammond, who is moving off “the veteran corps that the current regime inherited from Rob Hennigan,” wrote Josh Robbins of The Athletic.

I've been trying to speak this deal into existence for months. Pick-and-pop, pick-and-roll, have fun guarding Zach and the Vuc. The perfect piece to LaVine's game!

“Orlando now with a lot riding on the 2021 draft with a likely top-5 pick, presumably a mid-first-rounder via Chicago and Magic’s own early 2nd-rounder,” opined Jonathan Wasserman of Bleacher Report.