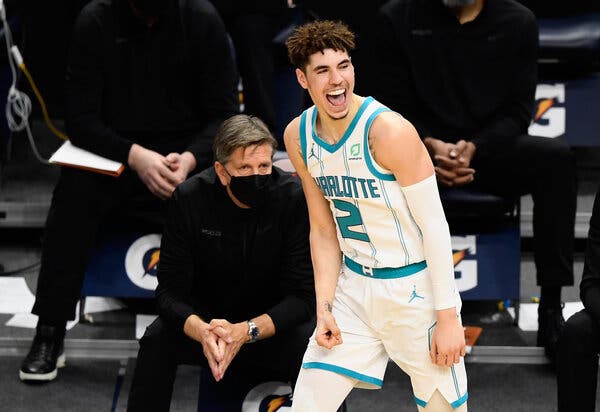 LaMelo Ball has won the 2020-2021 NBA Rookie of The Year award. Melo beat out The race was between two players, LaMelo and Timberwolves Rookie, Anthony Edwards (though Sacramento’s Tyrese Haliburton made a valiant attempt to include himself in the race).

While Ball missed 21 games, he was still able to secure the award after having a strong season overall. Ball averaged 15.7 points per game, 5.9 rebounds, and 6.1 assists per game—good figures for any rookie.

LaMelo Ball has won the NBA's Rookie of the Year:

Ball is poised to become a top-tier point guard in the NBA if he is not there already.

Some of LaMelo Ball's best games from his rookie season!

There were some doubters of Ball coming into his Rookie season. While unpopular opinion, there was a solid argument on why he should have been the No. 1 pick in the 2020 draft, as I detailed on ParksSportsandRecreation.com last November.

LaMelo Ball is the NBA's Rookie of the Year, sources told @wojespn. pic.twitter.com/adIn6sHPWQ

Ball is well-deserving of this Rookie Of The Year award. He is on a team full of good, young players as well and they’ll surely use the award as motivation to become a great team. They already have the highlight portion locked down largely due to the way Ball masterfully plays the point guard position.

It will be great to continue to watch Ball’s growth. Again, congratulations goes out to him.

A video to commemorate his accomplishments this season:
pic.twitter.com/RqdrmBJzJ4