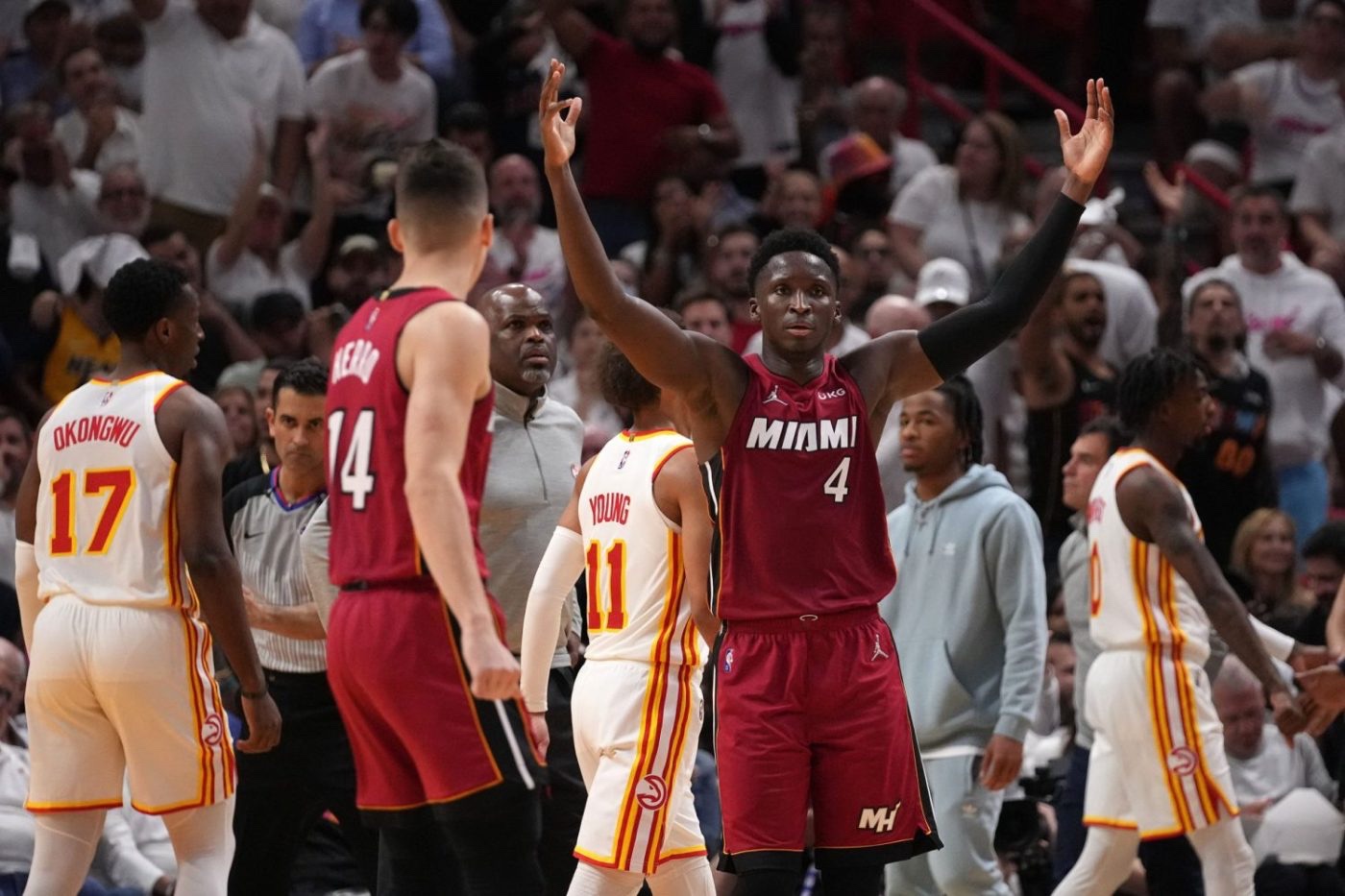 The Miami Heat defeated the Atlanta Hawks 97-94 on Tuesday night to close out their best-of-seven series and advance to the second round of the NBA Playoffs.

The Heat were missing two integral pieces to their starting lineup in Kyle Lowry and Jimmy Butler. However, the Heat have a “Next Man Up” philosophy and that is exactly how things transpired. The Hawks had high praise for the way the Heat stayed focused and played tremendous defense. Trae Young and Nate McMillian both spoke on this postgame.

Victor was hot from the jump and he never cooled down. 🔥 pic.twitter.com/hkNkMB0aPL

“They’re a good defensive team,” Young said. “Their team is more of a system than who they have on their team. No matter who they have out there, they can play. … And when they’ve got a guy that they’re targeting and trying to take away, they do a really good job of doing that.”

Game 1 of the Eastern Conference Semis will be Monday.

At home, of course. pic.twitter.com/vIrQoZwGLO

“They are a hell of a team,” Hawks coach Nate McMillan said. “Those guys compete every second that they’re out on the floor and I have a great deal of respect for how they play.”

This is how we end a series. In clamps. #HEATCulture pic.twitter.com/yu89aHttGr

Victor Oladipo received the starting nod in place of an injured Jimmy Butler in game five. Oladipo stepped up and did not disappoint. Oladipo scored 23 points on 8-for-16 shooting from the field. Oladipo knocked down 3-for-6 from behind the three-point line. He also dished out three assists.

It's been a long road back for @VicOladipo, but he made the most of his moment in Game 5 pic.twitter.com/4P0xYnSI0Q

Bam went Bam on Atlanta in the series clincher pic.twitter.com/eh8NbVL6wV

Max Strus did some clutch things on both ends of the floor to close the series pic.twitter.com/ymxPSMTm1Y

The Miami Heat now await the winner of the Sixers/Raptors series for their second round matchup.