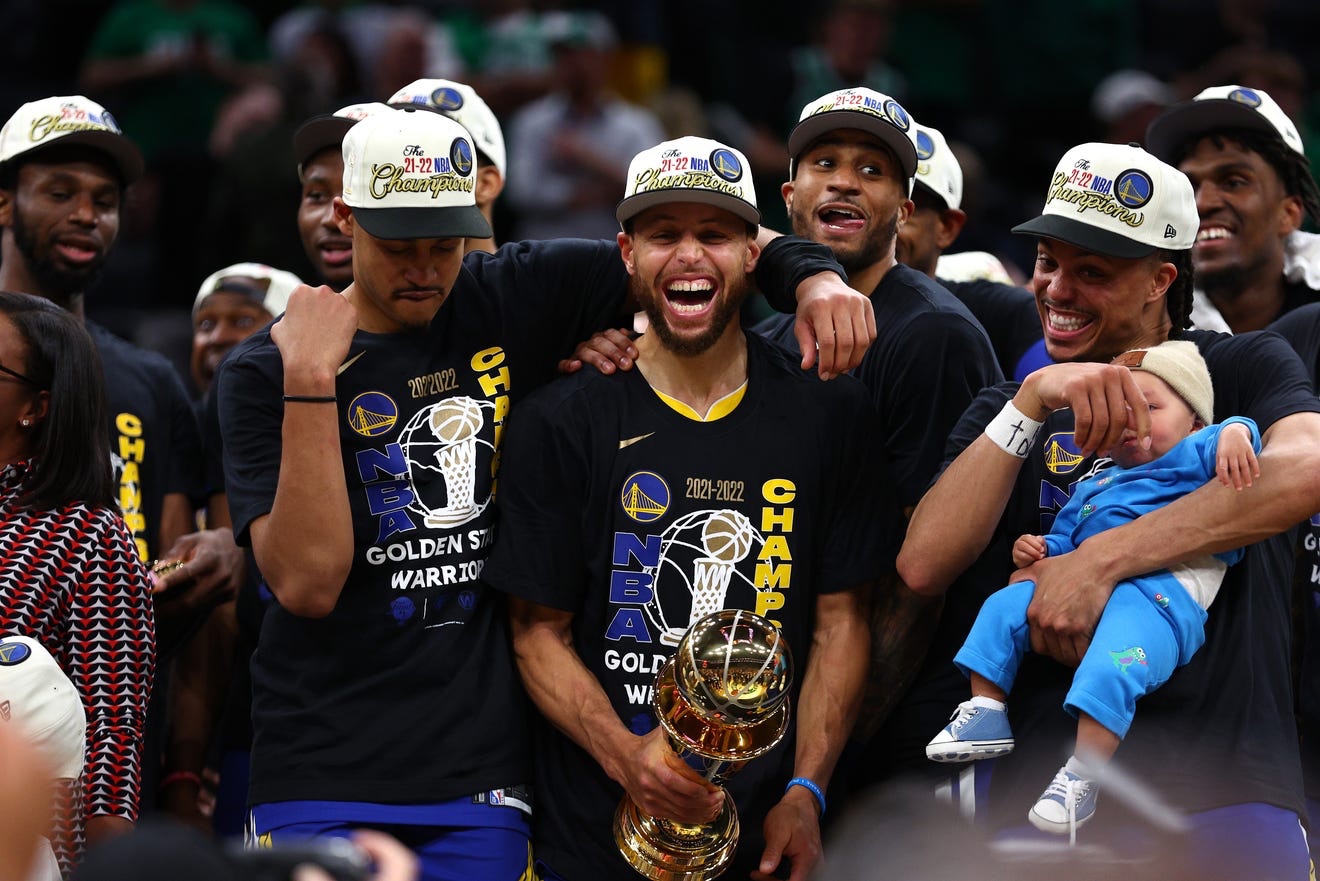 The Golden State Warriors are your 2021-2022 NBA Champions. The Warriors defeated the Boston Celtics in Boston, 103-90. The Warriors have now won their fourth NBA title since 2015. Warriors Head Coach Steve Kerr will get a lot of credit for getting his team back to the NBA mountaintop. The Warriors had down seasons the past two seasons. Kerr led them back to the top despite the adversity. Postgame Kerr spoke on his team’s resolve to reach championship status once again.

“They’re all unique, they’re all special,” coach Steve Kerr said of the multiple titles. “This one might have been the most unlikely. … It takes a group effort to get it done and we had a great group.”

Stephen Curry scored 34 points on 12-for-21 shooting from the field. Curry knocked 6-for-11 from behind the three-point stripe. He also grabbed seven rebounds and dished out seven assists. Curry was very emotional postgame. He was for good reason. This Warriors team was not as talented and dominant as the past three Warriors championship teams. However, they played together as a congestive unit. Curry spoke postgame on his team’s resolve to get over the hump.

“We found a way to just get it done,” Curry said after the Warriors accepted the championship trophy and celebrated on the court. It’s part of a championship pedigree, our experience,” he said. “We built this for 10-11 years. That means a lot when you get to this stage.”

Curry was very emotional reflecting on the last three seasons. The Warriors struggled the past two seasons. Two seasons ago they missed the Playoffs entirely. Last season they lost to the Lakers and Grizzles in the NBA Play-In Tournament and Moses the Playoffs. To make it from missing to the Playoffs to a NBA Title is a hell of an accomplishment. Curry spoke on this postgame.

“This one hits different for sure knowing what the last three years meant, what it’s been like,” Curry said. “Injuries, the changing of the guard, rosters, the young guys. … Now, we got four championships. Me, Dray, Klay and Andre.”

Congratulations once again to the 2021-2022 NBA Champion, Golden State Warriors.

moments that last a lifetime pic.twitter.com/6FVmm3Ej7G

LAST YEAR THEY AINT EVEN LIKE THE BAY 🏆 pic.twitter.com/THWbGyrILB