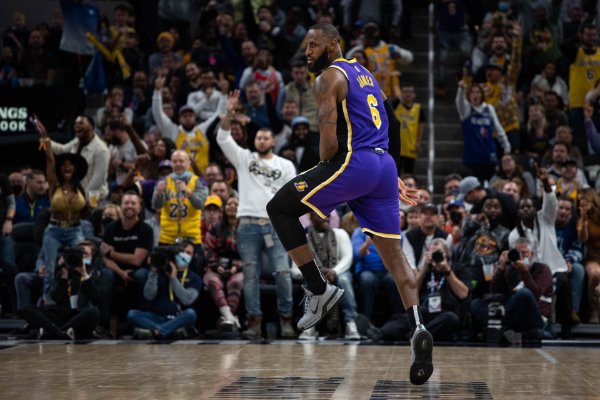 LeBron James returned to action, fresh off a one-game suspension. He went absolutely ballistic at the end of the game, making clutch-three after clutch-three to lead the Lakers to victory over the Pacers by a score of 124-116.

James scored 39 points on 13-of-29 shooting from the field; he also grabbed five rebounds and dished out six assists.

James spoke postgame on his excitement of being back in the lineup and ready to go after his suspension.

The Silencer is Back pic.twitter.com/qfJogU4rhx

Coming home with the dub. pic.twitter.com/udP0t9J5DM

Coach Frank Vogel was impressed with James’ performance. He knew James was ready to go and motivated after missing a chance to play in Madison Square Garden the night before.

“I know he wanted to get this ‘W,'” coach Frank Vogel said. “He really wanted to play in that Knicks game, he looks forward to that every year. So to bounce back tonight, to quarterback the defense and carry the offense the way he did, that’s just a performance for the ages.”

Take a closer look at last night's #LakersWin on the road 🔥 pic.twitter.com/qzIrD33DUk

Be the first to comment on "Key Points: LeBron James Puts on Show in Return, Lakers Defeat Pacers in Indy"