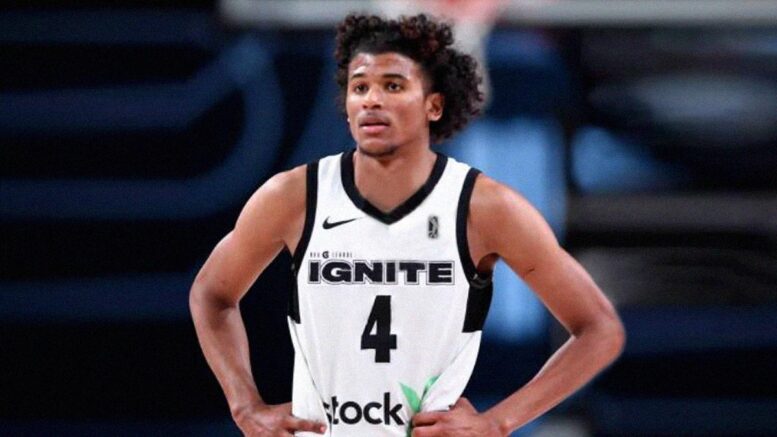 While it may seem like Cade Cummingham is is the clear-cut choice to go No. 1 overall in the draft, ESPN’s Adrian Wojnarowski reported that the Pistons haven’t quite made a decision on who they will take. The team is doing their due diligence on Jalen Green and Evan Mobley in preparation of making a final determination.

Over the weekend, Green worked out for the Pistons and sources tell FortyEightMinutes that it went amazingly well.

According a couple of different NBA sources Jalen Green had an amazing workout with the Pistons on Saturday.#DetroitUp #NBA #NBATwitter #NBADraft pic.twitter.com/fVAElDVEjL

Green has only worked out for two teams (the Pistons and the Rockets) and many believe he is a lock to go top two.

NBA draft insider Rashaad Phillips thinks that Green might be the most dynamic player in the entire draft.

“He reminds me so much of Zach Lavine, with what he brings to the court. His terrific ability to get around guys, being athletic, his shot-making ability. His finishing toward the basket, he is a ticket seller. There are rumbling that he could go number one to the Pistons, and I understand that,” said Phillips.

“But, when I watch Jalen Green, there are not many players that jump off the screen when I watch him on tape. Jalen Green is one of the kids when you watch him on tape it just out to you. Like it screams and I’m just a huge fan of this kid. Now, there are not many players that I would pay my hard earned money to go watch play or purchase their jersey. Jalen Green is one of those players that I am paying to watch him don’t give me tickets. I’m going to pay for it because he is worth the price of admission.”

The 2021 NBA Draft will be held at the Barclay Center in Brooklyn, New York on Thursday night.