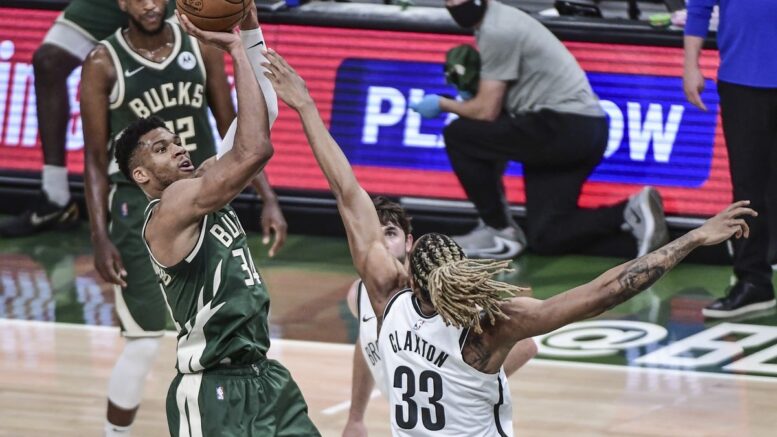 The Milwaukee Bucks earned a win in a must-win situation against the Brooklyn Nets. The Bucks returned to Milwaukee down 0-2 in the series. They knew it was a game they had to have and they got it done. The Bucks won the game 86-83. Jrue Holiday hit a layup with 11.4 seconds that put the Bucks ahead and they held on for the victory. Holiday spoke to the media about that situation.

“I felt like maybe they thought I was going to call a timeout,” Holiday said. “I think in my head, I was thinking maybe I should run some clock. But I saw Bruce Brown one-on-one, so I made a move. It was a good one and I ended up getting a layup.”

Khris Middleton led the Bucks in scoring with 35 points on 12 of 25 shooting. He grabbed 15 rebounds as well. He hit 3 out of 6 from the 3-point line. Middleton hit big shot after big shot and helped the Bucks get back life and back into this series.

Giannis Antetokounmpo along with Khris Middleton both carried the Bucks to victory. Antetokounmpo scored 33 points on 14 of 31 shooting from the field. He grabbed 14 rebounds and dished out 2 assists as well. He played 43 minutes as well. Antetokounmpo reflected on the Bucks’ big win and is ready for game 4.

“At the end of the day we got a win, and that’s why we showed up tonight.”

“This group has high character. They responded…Now we gotta get ready to do it again on Sunday.”

Be the first to comment on "Antetokounmpo, Middleton lead Bucks past Nets for first win of series"