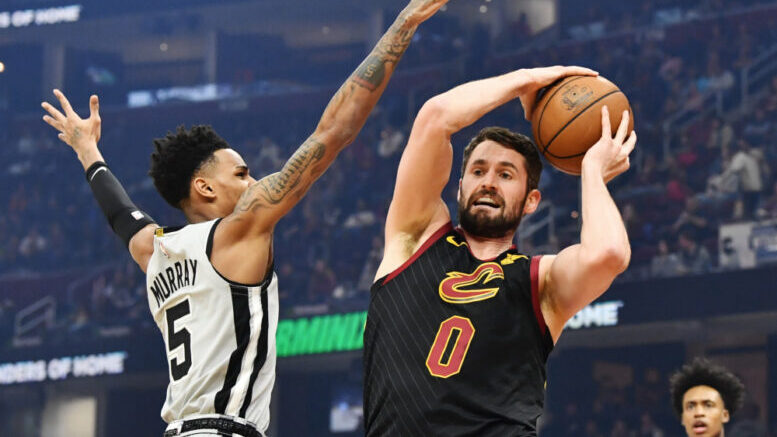 The Dallas Mavericks and Sacramento Kings are two teams expressing interest in Kevin Love, league sources told FortyEightMinutes — though it would be a “minor miracle” if the Cleveland Cavaliers were able to work out a trade centered on their veteran power forward, one source said.

Love, 32, has appeared in just two games this season after suffering a strained calf. He still has this season and two more left on a hefty contract that will pay him $31 million in 2021 and ’22, and about $29 million in its final year.

Still, multiple sources insisted they believe the Cavs will actively try to trade Love between now and the March 25 deadline. One opposing executive said while plenty of teams have an interest in Love, he “doubted” the Cavs would be able to make it happen from a financial standpoint.

Along with Love’s age and contract, his long and well-documented injury history is a major concern for potential suitors, opposing executives told FortyEightMinutes.

“He can still really help you,” said one, “but there’s just a lot there to take into account with him.”

While the Mavericks are on the lookout for rebounding help and frontcourt scoring to pair with All-Star guard Luka Doncic, it’s unknown why the Kings might have an interest in Love.

One opposing source theorized the Kings may be looking to shake up the roster and start anew while rebuilding around point guard De’Aaron Fox. They reportedly are open to trading everyone from forwards Harrison Barnes, Marvin Bagley III and Nemanja Bjelica to veteran point guard Cory Joseph.

“How long can you stay in rebuilding mode?” asked one rival exec. “(The Kings) have been there a very long time.”