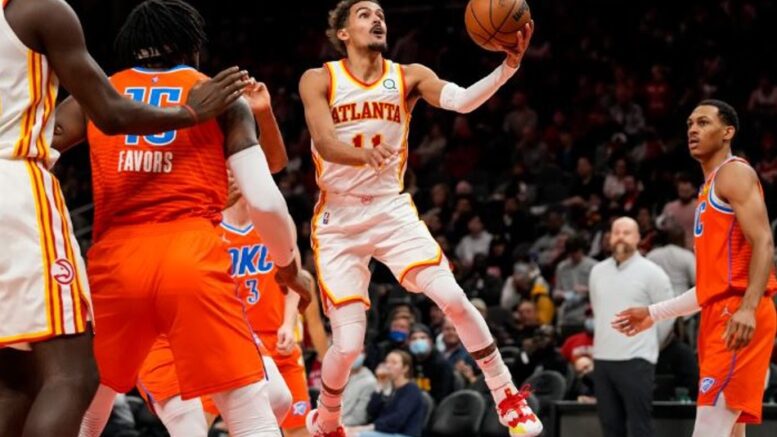 I got 5 on it 😎 pic.twitter.com/mzCVzJPutA

“We really didn’t make any adjustments,” coach Nate McMillan said. “I thought our guys just really locked in and played defense. We started to push pressure on the basketball and not let them get in front of us.”

🤜🤛 Your support is our strength. It has been crucial for these wins on the homestand.
You gave back confidence for the next away games.
Go on @ATLHawks …always higher!#BelieveAtlanta pic.twitter.com/ekWlAyx5cv

Trae Young led the way for the Hawks. Young scored 30 points on 9 of 20 shooting from the field. He hit five out nine from the three-point stripe. Young also grabbed four rebounds and dished out six assists.

Play of the Game presented by @StateFarm pic.twitter.com/B5pZAi5HVH

Be the first to comment on "Key Points: Trae Young Leads Hawks To Victory Over Thunder"