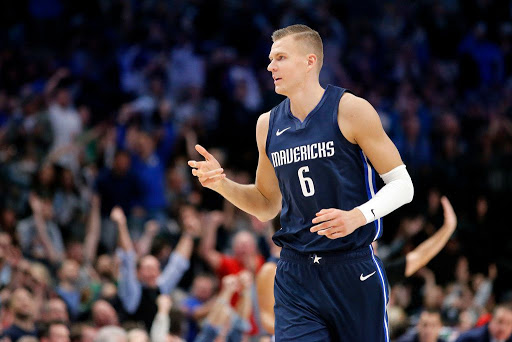 The Wizards’ front office is proud of how the team bounced back from an abysmal start to reach the postseason but they are far from satisfied. The goal heading into the offseason will be to find ways to upgrade the team to title contention.

“Honestly, we need to be a much better team this time next year to compete at the level we want to compete at,” GM Tommy Sheppard told FortyEightMinutes.com and other media in Washington during his end-of-season press conference.

“We’ve gotta continue to add talent everywhere we can, and I think we’ve shown that I’m not afraid to take big swings. We’re not afraid to go out and acquire players in trades, to do whatever it takes.”

Prior to the 2020-21 season, Sheppard swung a trade for Russell Westbrook, sending John Wall and a 2023 first-rounder to Houston in order to bring the former MVP to Washington. This offseason, trades will likely be the cleanest path to adding major talent, though it won’t be easy.

Kristaps Porzingis, who is reportedly frustrated with his situation in Dallas, is a name to watch. The front office continues to monitor Porzinigis’ situation, though the price tag will be a major factor in whether or not the Wizards can pull off a deal.

Westbrook, Bradley Beal, and Rui Hachimura are essentially off the table in trade talks, a source tells FortyEightMinutes. It’s worth noting that Beal, who has the ability to hit the free-agent market next offseason, remains on the same page with the front office, as he’s been assured that they won’t trade him unless he requests it.

Deni Avdija is the kind of blue-chip talent that could be the centerpiece in a star-studded deal, though that same source indicated that it would take a substantial offer—like a deal for a true superstar—to pry him away from Washington. The Wizards remain optimistic that the former No. 9 overall pick will blossom into a top play-making wing and it’s likely that he’s on the roster to begin the 2021-22 NBA season.

Washington has the ability to put together an enticing package for Porzingis without including the four aforementioned players. The team’s first-round selection this season (No. 15) and Davis Bertans would be a good starting point in negotiations.

Porzingis would seemingly on-court fit alongside Beal and Westbrook if he’s willing to take that role, although the rumblings that he feels like an “afterthought” with the Mavs doesn’t scream projected continuity. That and his contract, which pays him roughly $65 million over the next two seasons in addition to a $36 million player option in 2023-24, and his past health scares, makes for a potential rocky situation if KP does find his way to Washington.

Since taking over the GM role, Sheppard has improved the team incrementally while balancing maximizing reward and mitigating risk. Taking a big swing will be a necessary move at some point, especially to ensure that Beal is happy to remain in town. Yet, essentially going all-in on the potential Beal-Westbrook-KP core might be too risky given the concerns of health, fit, and future financials and projected ceiling of the team in a conference with the true goliaths like the Nets, Bucks, and Sixers.