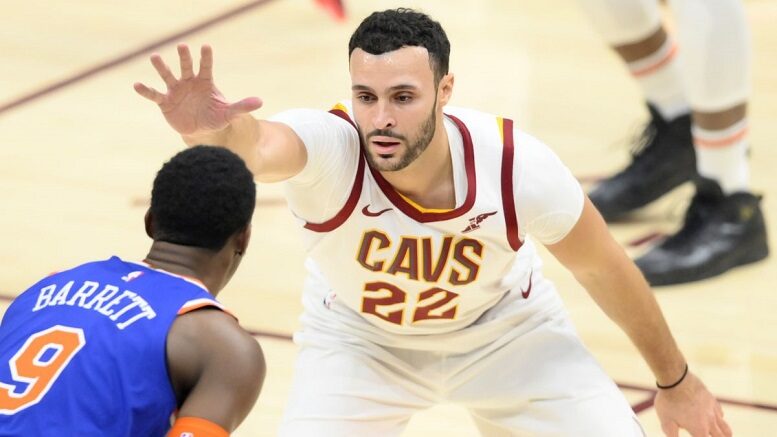 For the Cavaliers, it really does start with guards Collin Sexton and Darius Garland, small forward Isaac Okoro and center Jarrett Allen.

You can throw Larry Nance Jr. in there, too.

Those are the five players the Cavs seem to be telling everyone “no chance” when it comes to prying them away ahead of the March 25 trade deadline. At least, that’s what a few opposing general managers have told FortyEightMinutes this week.

“As far as the Cavs are concerned, it’s pretty obvious who they are determined (to keep),” said one rival executive. “Can’t say that I blame them.”

It does make sense. Sexton is the team’s leading scorer in just his third year. He puts the ball in the basket at a rapid rate, and that truly is the name of the game. Make a basket … with the ball.

Garland is showing strides as a playmaker, and at the very least, he’s better this season than last. Okoro, of course, looks like a rookie — mostly just trying to figure out the pro game while being thrown in the fire with two young guards.

And Allen, acquired in a trade with the Brooklyn Nets, is the player the Cavs can least afford to lose, one prominent agent told FortyEightMinutes last week.

Finally, Nance has become Northeast Ohio’s favorite pro, an Akron native whose dad is a legend with the franchise. But the Cavs like him for more reasons than that. He is ultra-athletic and a strong leader and does all the little things that help you win.

He’s currently rehabbing from a broken hand, but when healthy, Nance is the best example of the type of player the Cavs are seeking in every area. He’s a hard-worker with a positive attitude.

Interestingly, all of that also makes Nance the most-coveted Cavs player and likely the one who would bring the most in return. He can help contenders win big now while being a part of their long-term plans.

But he’s as close to “untouchable” as a man gets on this Cavs roster.

So who might the Cavs be willing to move? Well, everyone else. That doesn’t mean GM Koby Altman is looking to just give guys away for another season in the tank.

But he will listen to serious offers for everyone else. That’s his job. Altman has never said this, but it’s clear trading Andre Drummond is the Cavs’ priority. And trading Kevin Love may be their dream.

Both scenarios will be difficult. Altman would have to get pretty creative and use other people’s desperation to make a deal involving either Drummond or Love. But it’s not impossible.

Word is, the Sacramento Kings and Dallas Mavericks have at least a passing interest in Love. And the Portland Trail Blazers’ interest never really left.

As for Drummond, the New York Knicks and Boston Celtics are viewed as the most likely partners if the Cavs are able to work out an actual trade. But those interviewed by FortyEightMinutes seem to think a contract buyout is on the way and Drummond will merely sign with a contender, with the Los Angeles Lakers being mentioned as the frontrunner.

More likely for the Cavs are trades centered on Cedi Osman and/or Taurean Prince. They undoubtedly could also fetch a second-round pick for JaVale McGee. The Lakers are said to be interested in him, too. By NBA rule, McGee would need to be traded to another team, then waived, before the Lakers could acquired him again. But that’s not outside the realm of possibility.

Meanwhile, one source said the Golden State Warriors have interest in Osman (as do the Los Angeles Clippers and Brooklyn Nets), and the Warriors may be willing to part with one of their own young players in return.

At this point, though, it’s all just speculation. Not even opposing GMs are sure what they want. And for every conversation they have with the Cavs, they have at least one with someone else.

So basically, all we really know about Cleveland at the moment is who it won’t trade.