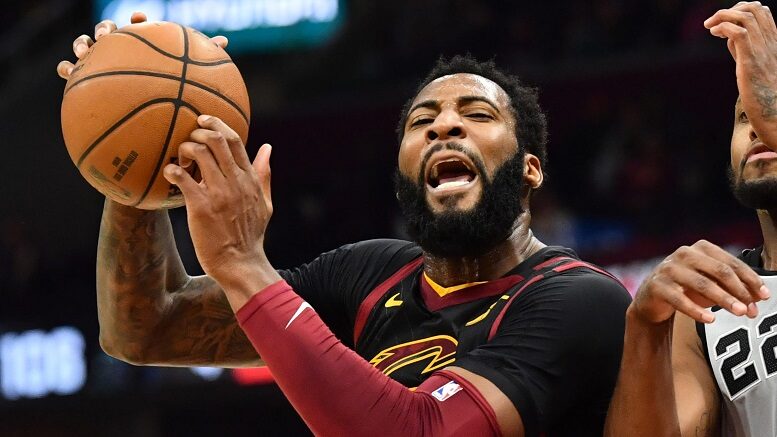 Cavaliers center Andre Drummond drives to the basket vs. the Spurs.

It might be a good idea not to get to caught up in an Andre Drummond trade. The closer the Cleveland Cavaliers get to the NBA trade deadline, the more a contract buyout is likely to happen.

Plenty of opposing teams are interested in Drummond. But he is owed $28.7 million on his expiring deal. That means the Cavs will have to take back $23 million in salary in a trade.

General manager Koby Altman may not want to do that. In fact, it would have to be a whale of a trade for the Cavs to even consider it.

Now, it could happen. There may be a deal out there that makes sense. Altman has between now and the March 25 deadline to find it. The preference is definitely not to let Drummond leave for nothing — which is what happens in a buyout scenario.

There is a reason the Cavs didn’t have to trade away much when acquiring Drummond from the Pistons last year. It’s because the Pistons saw all of this coming. And now, the Cavs can’t expect to receive much for Drummond themselves.

That is where the idea of just paying Drummond to leave enters. He won’t be playing anyway, you won’t receive anything but expensive players in return, and no one will give you the type of package you would love to have.

Drummond supposedly would be just fine with landing with the New York Knicks. Other teams with supposedly interested include the Boston Celtics, Portland Trail Blazers, Charlotte Hornets, Brooklyn Nets and Los Angeles Clippers. Along with those, the Cavs have already talked with the Toronto Raptors.

One league source also told FortyEightMinutes that the Miami Heat are a “definite darkhorse” in the Drummond sweepstakes. They have the salaries to make a deal work and would pursue Drummond in the event of a buyout, the source said.

And a parting of ways via his contract seems more likely than an actual trade.

“It only takes one injury or one team to change its mind, but at this point, Drummond seems headed for a buyout,” wrote Jason Lloyd of The Athletic.

“Here’s the big question I have when it comes to Andre Drummond,” Marks wrote. “What happens at 3:01 p.m. on March 25 (trade deadline) when he hasn’t been traded and has been shut down for five weeks? Could be a difference-maker if there’s a buyout down the road.”

Basically, all we know is Drummond’s time in Cleveland is already over, and how he reaches his next destination is something the Cavs still need to get figured out.

1 Comment on "Buyout more likely for Andre Drummond, but Cavs determined to deal"